Canadian Tire Motorsport Park (formerly Mosport International Raceway) has been presenting major league entertainment to fans since 1961.  The 900+ acre, multi-track facility is located less than an hour east of Toronto.

In addition to the historic road course, Canadian Tire Motorsport Park has two other circuits on the grounds.

The new Driver Development Centre (DDC) is a 1.8 mile advanced driver and race driver training facility, with the Bridgestone Racing Academy as its primary tenant. The Academy is regarded as one of North America’s top race schools, graduating several of Canada’s current crop of international racers.

The 1.4 km Kart Complex is an important proving ground for Canada’s racing stars of tomorrow.

Bookmark
Claim this Listing
Filter
Sort by: Helpfulness
Write a Review
Great track for novices (like myself).
5.0

I loved this track before the 2014 redesign and I think I’ll probably love it even more after the redesign. With only 240hp in a 3200-pound car, I really get punished on tracks with huge, long straightaways like Cayuga and Shannonville. But I always felt I could be more competitive at DDT, and there weren’t really any super hairy high-speed turns like the end of the back straight at Shannonville or the end of the front straight at Cayuga. It really lets you hone your skills in a safer environment than many of the larger tracks. The only drawback was that it was rough in spots which punishes your suspension, but since it’s being repaved this year it should be nice and smooth.

Loved the old DDT…quite the workout hustling a car with no P/S around it. Hoping the new DDT is as good or better!. At the very least, it’s a new track, which doesn’t happen very often. 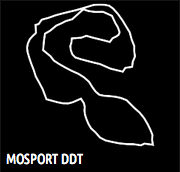 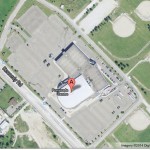